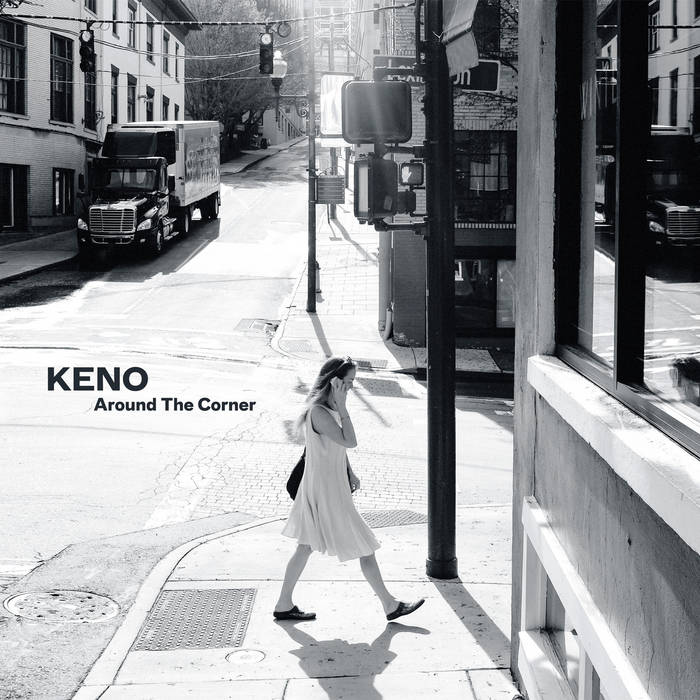 "One of the best Downbeat albums ever! 9/10"
(Carsten Becker/FAZEMag)

“A voyage into the cinematic jazz grooves from the man who brought us the Renegades Of Jazz."
(Kid Loco)

Having released music under various aliases over the last decade – most famously as Renegades Of Jazz, as well as recent incarnation Dem Juju Poets and his Latin outfit Mankoora – celebrated producer and DJ, David Hanke, has gone back to his blissful electronic roots with his latest project, Keno.

Hanke's love for the early 21st Century downtempo music, as is apparent when you listen to this, his debut under the Keno moniker, entitled Around The Corner. It’s far from simply early ‘noughties’ nostalgia though, as his keen contemporary ear adds a modern touch to the proceedings.

Shuffling beats combine with lush guitars on the opening title track to life affirming effect. Elsewhere, Merrythought continues the theme of the album opener, this time indulging in sweeping string arrangements and sprightly keys. Other highlights include the beautiful What Remains with its soulful vocal snippets and building, jazz influenced piano refrain.

All Else By Far is another standout moment, where the drums take centre stage, giving the cut more of an instrumental hip-hop aesthetic; whereas Kingsley has a more mysterious charm, interweaving spoken word samples and keyboard stabs whilst still keeping the sound of the drum to the fore.

The haunting Elwood sets the scene with ominous strings before eerie guitars make way for some bold brass stabs and once again we return to those spooky strings that are the centrepiece of this atmospheric cut. Spines And Rays, in contrast, has something of a more urgent, driving feel as lumbering basslines battle with vigorous percussion and driving drums. Album closer, Shadowlights, though is simply a thing of beauty and serenity – the perfect climax to an album that might just be your soundtrack to many summers to come. You just never know what’s lurking around the corner…

Music with ease and echoes from the distance.