← more from
Bathurst
Get fresh music recommendations delivered to your inbox every Friday.
We've updated our Terms of Use. You can review the changes here.

from Out Past The Current by Keno 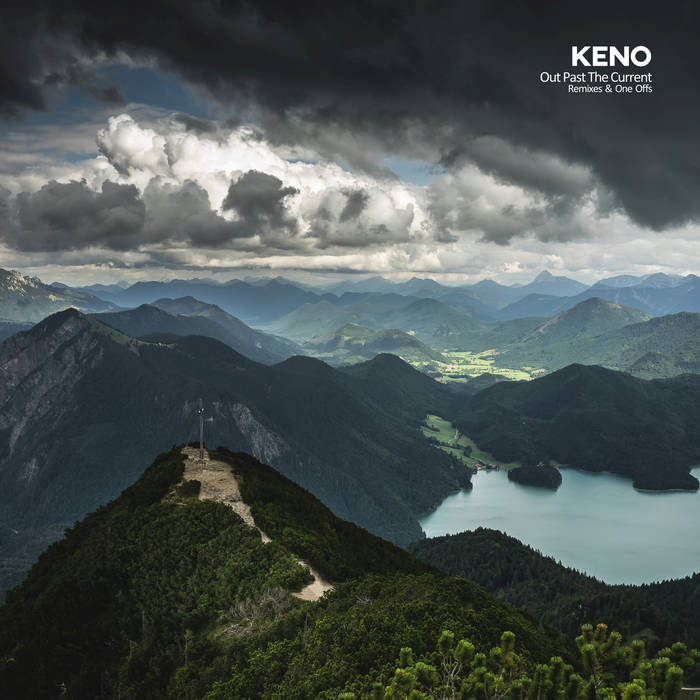 Having released his debut album Around The Corner in 2018, as well as a critically acclaimed LP in collaboration with Los Angeles-based musician Tristan de Liège two years later, Keno aka David Hanke’s latest opus, Out Past The Current, brings together not only some of his finest remixes from the past four years but also a handful of new and exclusive works.

Once again Hanke's love for more downtempo styles is on show - a passion that has immersed the producer into the electronic music scene since the early 2000s. Developing his own style over the last few years with lush instrumentations, more complex songwriting and distinctive drum programming, his songs and remixes ease the mind with echoes from the past.

What better way to start then, than with a never before heard recording from Keno, appropriately entitled Outset. Something of a statement of intent, this new piece establishes the producer’s trademark strings only to let loose with an intense 45 second drum workout that’ll leave the listener in a spin and hungry for more.

And more comes in the shape of a remix for Berlin producer, composer and arranger Niko Schabel aka Radio Citizen who has been releasing music for the last 15 years, and currently with his hometown label, Sonar Kollektiv. Serene, in it's original form, was featured on the 2017 album Silent Guide, and was a suitably contemplative and laid-back piece of instrumental music. Keno’s reworking adds more of a groove and tightens up the freeform nature of the original without losing any of its easygoing charm.

Another man with a formidable appellation is Andrew Wilkins - a Brighton based music-maker who goes by the pseudonym of Wyndham Earl. With an impressive list of credits to his name that include Alice Russell, Bonobo, Dr. Syntax and Khruangbin, as well as running his own imprint, Time Spun Records, the Earl is very much admired by those in the know. His debut LP, Epoch, was released on his own label last year, and Night Of The Hunter was one of it's standout tracks, and could very easily slip into the soundtrack of the classic 1955 film of the same name. Where Earl’s initial recording is cinematic and emotive with suspense filled passages, Keno’s re-version utilises additional strings courtesy of the Motion Orchestra’s Mark Matthes to create something far more languid, complete with Hanke’s trademark languorous beats.

A second newly unearthed original comes in the form of Mirage. Plucked strings and fractured rhythms are the order of the day, kicking off this very special collaboration with Triberg, otherwise known as Michael Hoppe - another German producer and multi-instrumentalist. Triberg makes his presence felt, adding a certain amount of mystery to this enigmatic yet foot friendly track. Sounds that come from deep in the Black Forest!

Elsewhere erstwhile Ninja Tune recording artist James Braddell, better known as Funki Porcini, who contributed an exclusive track to Hanke’s Motor Jazz compilation on Bathurst last year, here receives the Keno treatment on Well Done Snowdome Esplode La Vie, originally issued on his 2019 self-released album Studio 59. Keno’s take on the track is subtle and respectful, stripping it back slightly and allowing the loose jazz drums to do the heavy lifting whilst adding live bass and soaring synths to intertwine with the sultry chanteuse.
Back then, to another fresh piece of work from Keno, and Through The Stream might be one of the most immediate and hypnotic outings from this man so far. Enticing drums and strings make way for a melodic yet urgent call to the dance floor that finely balances percussion and keys to create a memorable slice of modern electronica.

On Manifold, Keno’s love affair with the UK music scene continues, this time working with producer Zoe Leonard from Cornwall, in the South-West of England. Leonard is now probably better known by the name Simmerdown, but previously created more downtempo songs under the sobriquet Perks. Hanke adds his distinctive drums to Leonard’s mesmerizing loops and the result is yet another mellow masterpiece from the man.

Those hankering for more new music from Keno won’t be disappointed as he delivers a trio of recent recordings, starting with the compelling Whisker, where shimmering bells and those trademark strings combine beautifully. Fall From Grace on the other hand has a more sombre feel, where sweeping, melancholic violins trade tales of regret with earnest keys and deft drums. And finally, Winterbourne delivers a stirring and evocative frosty tale with possibly some of the most stunning strings you’ll hear on this album.

But we’re not quite done yet, as delicate guitars pave the way for the familiar vocals of Kathrin deBoer, sometime vocalist for Bonobo and Belleruche, and now very much an outstanding artist in her own right. Here you can find her hooking up with Asta Hiroki, the moniker of producer Alex McCall, to produce the stirring, wordless hymn that is Her Image In Focus. Keno’s remix is far more measured than the original version, allowing deBoer’s chant to weave its way into your mind and eventually melt your heart.

And at last, Keno gets to work his magic on an actual live band. Noetics are a group from Hanover in Northern Germany, led by bass player Christoph Majewski, lovingly known as Chriz the Wiz. Hanke’s reimagining of Vibrant Hydrant is probably one of the most transformative remixes of this album, and a mighty fine way to tie things up as the spirited guitars and busy drums of the original are replaced by Keno’s recognizable strings and nonchalant back-beat. It’s the perfect way to complete this sublime selection of works, and will leave you looking forward to more to come, out past the current.

© & ℗ 2021 Bathurst. All rights reserved.
Any duplication is a violation of applicable laws.